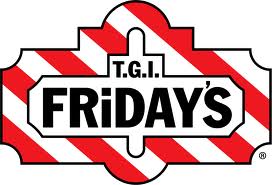 I began seeing the commercials for T.G.I. Friday’s touting the use of Magic Hat #9 in some of their meals and I was ready to rip on Magic Hat for selling out to a chain.  Then I did some research and it is not Magic Hat selling out.  It was something much different: T.G.I. Friday’s is making themselves a craft beer hotspot!  Well, sort of.  They still have many crappy macro beers, but they are increasing the number of craft beers they carry.  Certain dishes will also be made with craft beer, including: a beer battered shrimp appetizer; entrees with steak, flounder, ribs and chicken either marinated or cooked with it; and a couple of beer-based desserts  (adults only).  While the selection varies by state, Friday’s will be serving some of the following beers: Harpoon IPA, Magic Hat #9, New Belgium Fat Tire, Goose Island Honkers Ale, Abita Amber, Alaskan IPA (Alaska only), Boulevard Wheat, and Uinta Cutthroat Ale (Utah only).  It would be great if each restaurant carried all of the aforementioned brews, but having any exposure to mass markets is great for craft beer.  Cheers to you T.G.I. Friday’s!

Straight out of a classic overtime 8/9 matchup with Whale’s Tale, Abita Amber doesn’t get any favors from the selection committee, drawing Bell’s Two Hearted in the second round.  Bell’s faced little competition from Miller Lite, winning with a rarely seen March Madness shutout.  You have to feel good about Bell’s in this contest as well, but was their first test a little too easy?  Can Abita ride the momentum of a last-second win?

My feelings about Abita Amber are the same as Dick Vitale’s feelings about Duke.  As the old saying goes, Coach K likes to tickle Dickie V’s grundle with a peacock feather on a bearskin rug at his secluded ski chalet near Squaw Valley.  That is how I feel about Abita Amber.  That, or love.  It’s the exact same thing.  Whale’s Tale is nice, as a friend, but I would rather put my mouth around an Abita and swallow.

Anything that the brewery claims is inspired by Paul Revere has to be an early favorite.  Taking the nontraditional good-beer-in-a-can approach, Back in Black may be a bit overrated at a two seed, but still makes a strong case to advance.  If you’re looking for a deep sleeper while filling out your brackets, think about the solid but fairly standard Turbodog.  Personally I’m going to stick with the 21st Amendment’s successful merging of some of my favorite elements of both IPAs and very dark brews.

You are probably an American or living in America.  (If you are not, please click this link.)  Since you are an American or have had America thrust upon you, then I am sure you are aware of the big month-long amateur sporting contest that begins this week.  This contest is a great opportunity to gamble and to slack off at work while doing research* for your impending gambling binge.  The great thing about this implicit endorsement of wagering on the physical performance of 19-year-old boys, is that everyone can participate and anyone can win.

Your college is not represented?  Fill out your bracket predicting the 1st round demise of your hated rival.  You don’t know the difference between a box-in-one and a box of shit?  Fill out your bracket based on which mascot would win in a fight. You know more about college basketball than Dick Vitale and Bill Raftery?  I guarantee your bracket will not win.  Karen from accounting is going to win because she likes Kansas State’s purple uniforms.

In honor of this great gambling orgy, J Street Beer is doing you a favor.  We have combined your two favorite things into one great thing. Alcohol and gambling. Together at last! That’s correct, we are hosting our inaugural J Street Beer Madness Super-Brew Tournament For The Ages (JSBMSBTFTA, for short).  Over the next few weeks we will whittle our 64 brews down to one supreme beer champion.  View the bracket below and then vote on the individual match-ups. The voting will be for a complete 24 hour period and each match-up will coincidentally be voted on during the same day as the corresponding match-up in that other tournament that everybody in your office will predict better than you.  When we get to the excellent eight final beers, J Street Beer will have head-to-head taste tests to determine the winner.

On to the match ups…

END_OF_DOCUMENT_TOKEN_TO_BE_REPLACED

Tonight is a special night!

Our very own Pyzocha is celebrating a birthday! (I won’t tell you his age… we’re embarrassed)

To celebrate this occasion, we’ll be having A BIG BOTTLE BEER BLOG BLOWOUT!!!  Tonight, at about 8pm, we’ll be ripping through a laundry list of big bottles, tasting, drinking, pounding, and hopefully coherently live-blogging the whole thing!

Join us here for this momentous occasion tonight at 8!

END_OF_DOCUMENT_TOKEN_TO_BE_REPLACED 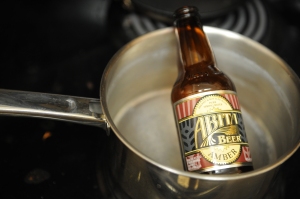 I like food and I like beer so the logical next step was to combine the two of them (just like those snooty wine people do).  This past Saturday I decided I would do just that.  I planned out a three course meal (appetizer, main course and dessert) that all featured beer in the recipe.