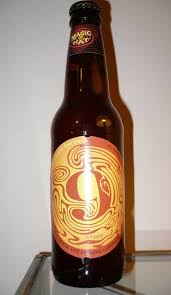 I have to say I agree with Tonzi’s post about Magic Hat. Their Hocus Pocus and Circus Boy were a huge part of my initial love of craft beer. Roxy Rolles was a key beer in my transition to enjoying hoppier beers. Yet now I never have much of a desire to buy their beer.

This event at Atomic Billiards is quite simple. Order a Magic Hat after 9 and you get to “steal” the pint glass. I’m assuming that the beer will be #9, which is why they’ve chosen to start the event at 9.

Since I live in Cleveland Park and am a sucker for free glassware I’ll probably wander over. Nothing about this will be super crazy, like many things going on this week. Still with all the madness going on, Atomic will be a welcome spot to just relax, enjoy a simpler beer, and add to your glass stash.